With the premises severely damaged after the #ManipurEarthquake, these women have no place to sell their goods. Read more: http://bit.ly/1Sz0EQQ

Manipur was rocked by an earthquake that measured 6.7 on the Richter scale on January 4. The tremors caused cracks to appear in many walls, and reports indicate that as many as 339 buildings in the state have been damaged. Substantial damage to infrastructure is disrupting livelihood in the earthquake-hit zone.  Ima Market in Imphal, one of the city’s best-known tourist attractions, is among the buildings that suffered structural injury. 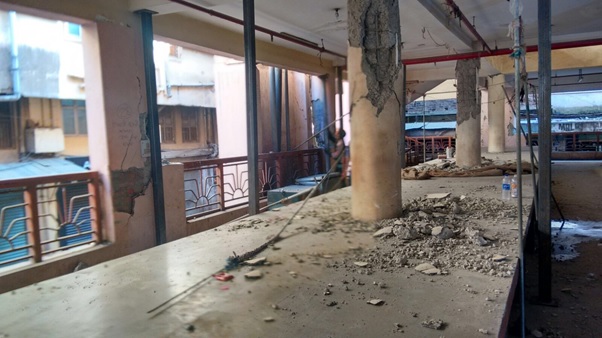 Ima, which means mother, is the name given to three markets in the city which are run exclusively by women.  Around 800 women vendors conduct business every day in this now-damaged market place hall. These women vendors collect and buy clothing items from various sources, and sell them at Ima market. 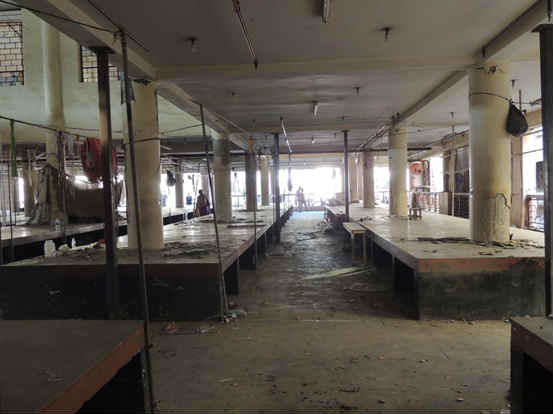 With the premises severely damaged after the earthquake, these women have no place to sell their goods. They hold legitimate licenses to sit in the premises, and have been doing business here since 2010, when the market was opened. 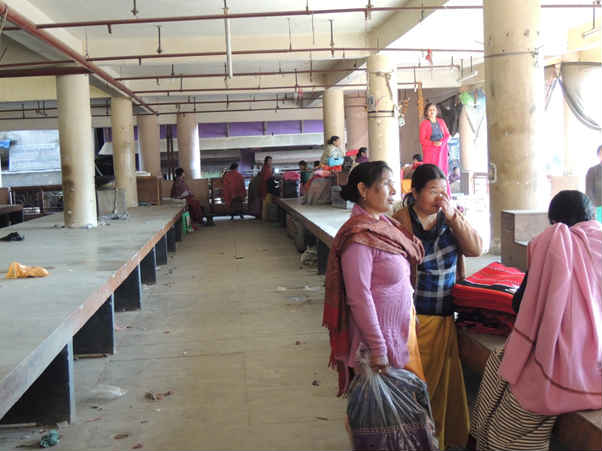 Women vendors await news on the reopening of Ima market or alternative place for selling their goods. Photo credit: Prerna/Oxfam.

With each day that they won’t be able to sell their goods, they will lose money and their income. They currently do not have a place which can accommodate all 800 of them. Selling outside on the busy pavements is also not an option; not only is there no space to sit, women vendors who do so face extortion and abuse from the authorities. 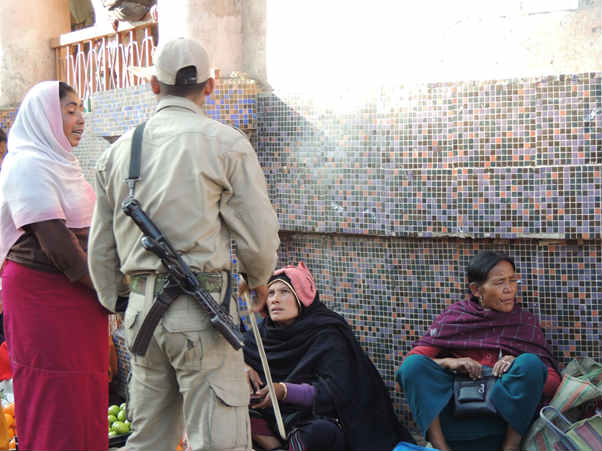 These women will be forced to take their goods back to their homes, as they can’t safely store them in the market any longer. The caretakers of the market building can no longer stay inside the severely damaged premises either. On January 5, the women vendors gathered to protest against the government having allegedly used poor quality materials in the buildings, which have crumbled after the earthquake. 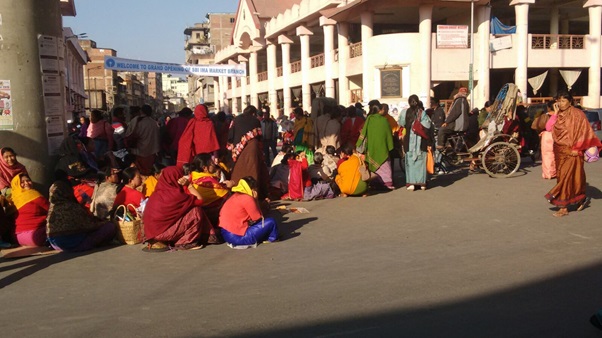 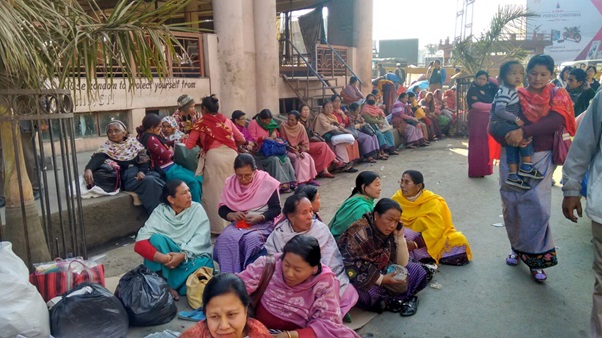