RAHAT, a partner of @OxfamIndia awarded for amazing work on #EVAW in #Bihar. Know more. http://bit.ly/1JBDSDI

Rapid Action for Human Advancement Tradition (RAHAT), a partner of Oxfam India was awarded Prasasti Patra for their excellent work towards women empowerment and reducing domestic violence against women in Kishanganj district of Bihar.

RAHAT has been working on Ending Violence against Women (EVAW) in Kishanganj district for the last two years, with the support of Oxfam India.

The work they have done so far:

The support by Oxfam India

Oxfam India has been advocating for convergence of relevant departments (Social Welfare, Police, Judiciary, etc) in the district.

It resulted in initiating Family Counselling Centre and addressing Violence Against Women issues.

The award recognises the work done on creating a just and equitable environment for women in the region.

With the help of regular interaction with the community through Mahila Helpline at Kishanganj superintendent Office (Five member committee) and Yuva Dastak, many domestic violence cases are being solved through regular counselling. 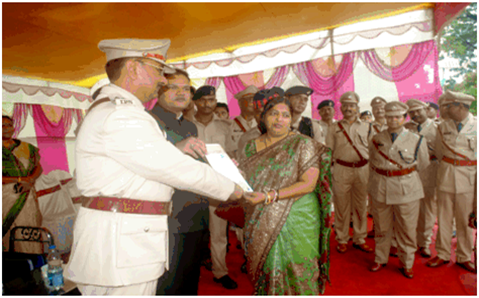 Click here to read about the amazing work done by RAHAT