In India, the 2006 Forest Rights Act was supposed to protect the rights of millions of communities like the Kutia Kand Adivasi in Odisha, in the east of the country.

Kandana Jani, a 62-year-old father of five, followed the law and fought to have the rights of his family and 50 others in his community recognized through the Forest Rights Act. 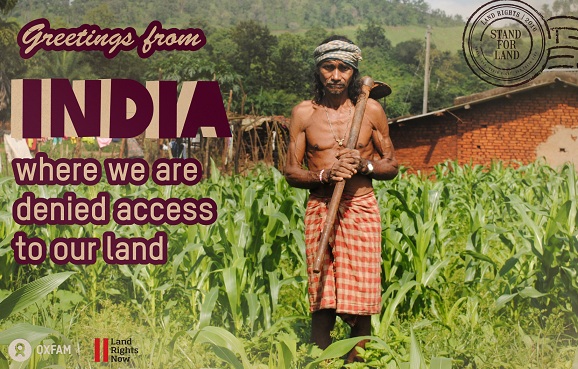 But local authorities, under the guise of ‘forestation’ projects, have started bringing in profitable teak tree plantations onto land that Kandana and his community have rights to.

The high global demand for teakwood furniture, floors and other commercial home goods has made this a profitable industry. However, expanding teak plantations comes at the expense of the Kutia. Where before they planted a variety of crops, and managed biodiversity in the forests, now they are fighting against the spread of these tree plantations.

Without the forests, the community is now in danger of disappearing. However, Kandana and others are not sitting the fight out, but are instead petitioning the government to enforce their own laws.

In 2006, with the Forest Rights Act, India recognized in law, rights of forest dependent communities, and proved to be a world leader on this matter. But competing interests have reduced that ambition. India needs to be a forests champion once again.

What’s the solution? The Indian government must stop claiming community lands for industrial farming, mining or badly planned conservation projects. Instead, it should recognize the rights of tribal groups and local communities over their lands, and properly implement the 2006 Forest Rights Act. If this is realized on the ground, more than 150 million women and men, along with half of the country’s forests, will benefit.