Shelter and food the need of the hour in #Nepal. Help thousands in need. http://bit.ly/1J9yE2L #RememberNepal

Oxfam has given relief to over 150k in #Nepal. Target is 400k. Help them reach their goal. http://bit.ly/1J9yE2L @OxfamIndia

Over a month has passed since a massive earthquake devastated Nepal. Since then, hundreds of aftershocks have jolted the country, including another 7.3 quake on May 12.

Now the search and rescue operations have ended in Nepal, but the calamity in the country is far from over.

According to Ministry of Home Affairs (MoHA), there are 8,604 people are confirmed dead, including 15 security personnel, 11 civil servants and 57 foreigners. 17,838 persons are injured.

The UN reports that up to 90% of the houses in Gorkha and Sindhupalchok districts have been destroyed and shelter remains a key priority.

Oxfam is in Nepal for the long haul and we are responding in seven of the worst affected districts of Nepal. 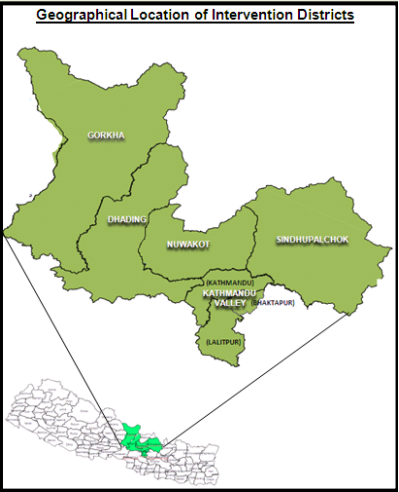 Till now over 150,000 people have been provided relief materials in the worst affected districts. Our aim to reach 400,000 people before the end of June.

Gearing up for monsoon is top priority

It is essential that we reach our target or else thousands will be without shelter when the monsoon season arrives.

Adequate support is urgently needed, as well as securing pipelines and prepositioning of goods is critical before the fast-approaching monsoon season.

Millions have lost their homes, along with their documentation, newly harvested crops, and seeds which were meant for the coming rice planting season. 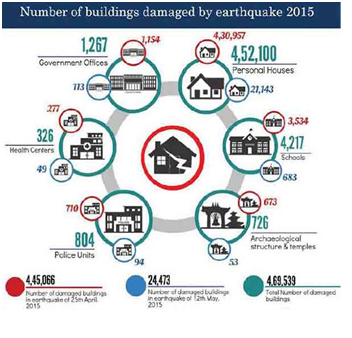 The government of Nepal has recommended that agencies supporting emergency shelter work move from provision of tarpaulins to CGI sheets.

Oxfam is providing shelters to people in Nepal. But we need your help. DONATE NOW.

Over 3.6 million people are in need of food assistance and an estimated 1.4 million were prioritized for immediate food assistance. Rice seeds needs to be distributed in the next three weeks.

A team of Oxfam from India was one of the first relief agencies to reach Gorkha district, which was the epicentre of the earthquake.

The team took a land route from India and arrived with relief supplies for the people in the severely damaged region.

Our work in Gorkha will continue to focus on distribution of relief supplies.

A quick recap of our work on the ground in Gorkha:

We are also considering unconditional cash transfers for survivors in the region. Government regulations on cash transfers are currently being examined.

Click here to read our field report from Gorkha.

Mohammed Moin had been in Delhi for a long time. He owned a tea stall and earned a monthly profit of about Rs 10000. Since the lockdown, which began on March 25, he hadn’t been able to set shop.

Navigating social media has been grim these last two months.

My colleague from the Bengaluru office, Mallika, called to double check if we were documenting the ‘FPO’ story for our weekly update. FPO is the short for Farmer Producer Organisation.

The kitchen on the Odisha-AP border in Ganjam district was up and running early today morning. On the menu was vegetable biryani, chole with lemon and onion.