Oxfam India’s Gender Justice Programs aim to gradually eliminate the social acceptance of violence against women through policy and practices. The program simultaneously is working towards in bringing a change in social beliefs and systems that propagate violence.

In August 2018, we collaborated with AJK Mass Communication Research Centre in Jamia Millia Islamia University, Delhi to introduce an elective course ‘Gender and Media’ to teach gender concepts and gender lens in media through theories, discussions, film screenings and field visits. The course will help students develop an understating of different concepts of gender, representation of women, girls and other non-conforming gender identities in media, existing media stereotypes, gender gaps in media and possible practical applications of a gender-sensitive approach. Students will not only have adequate knowledge but will be equipped to ensure a fair gender portrayal in their stories, films, reporting or any other field of media.

There will be 30 students for the batch that will appear for an examination at the end of the course. We had earlier conducted a workshop in the University where students showed great interest in the issue which led us to introduce this elective course (with 4 credits). The program began September 1, 2018, which is led by Oxfam India’s Gender Justice Program Lead, Julie Thekkudan and Media Relations Coordinator, Himanshi Matta.

Oxfam India under its Gender Justice program continues to address the issue of violence against women in the six poorest states of the country; Bihar, Chhattisgarh, Odisha, Jharkhand, Uttar Pradesh and Uttarakhand through various events and campaigns. Last year alone, Oxfam India helped over 4 lakh women through its programs

How Oxfam India transformed lives in 2019

Meet the women who are standing up against domestic violence

An Open Letter to All the Chhotu’s, Munna’s and Bachcha’s 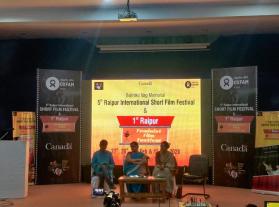 The first edition of the Raipur Feminist Film Festival was held at Sankriti Vibhag in Raipur from 27 February to 1 March 2020. Organised by Oxfam India in collaboration with the Ind... 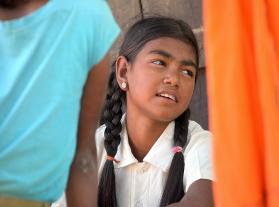 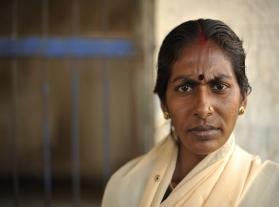 Women’s empowerment is the key feature rooted in the development parameters of any country. The focus of recent development paradigm in India has shifted to women centric issues. Sc... 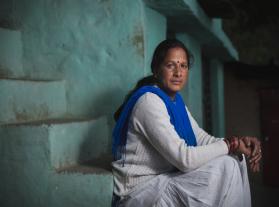 As per the 1998-99 National Time-Use Survey, weekly average time spent by men and women on total work (both paid and unpaid) in India is 48 hours and 62 hours respectively. Women th...