29 people died during the flood either by electrocution or by drowning.

You can help Oxfam India to support flood affected people.

We need your urgent support to provide critical relief in Assam. Donate Now* >

Disconnecting 1098 Is A Bad Idea

11 Facts About Education In India That You Need To Know

For The Youth To Rise Against Inequality, We Must Work With Them

The Consequences of School Closures on Adivasi Children

I Want To Join The Army

Education Opens The Doors Of Freedom, Yet Again

International Women's Day | The Week That Was

Empowerment Not Age: Examining The Complexities Of Child, Early And Forced Marriages

Why We Need To Stand Up For The Cane Cutters

2021: Your Journey With Oxfam India

A Child-Friendly Environment Is Essential To Children's Rights

Only Together… Can We Save Our Rivers!

How Unequal is Inequality?

Bring Teachers To School: UP’s Unfilled Vacancies and Its Impact

The Case of Low Conviction in Crimes Against Dalits and Adivasis

Questions On Healthcare, Education And Inequality Raised In Parliament

From Conflict to Cooperation

The Inequality Virus Released in States

To Be or Not To Be: Minimum Age of Marriage for Girls

The Right Age for Marriage: Should the State Decide?

The Status of Implementation of PWDVA: Odisha Consultation

Right To Property: An Imperative For Freedom

A Salute to the Architects of Our Society

Legal Reforms to Increase Age of Motherhood — Will It Work?

The Need to Uphold RTE Act During a Pandemic

My Internship Experience at Oxfam India

Measures to Increase Reporting of Domestic Violence, a Parallel Pandemic

The Loot of Private Healthcare

The SWaCH Story | How waste pickers continued work during lockdown

How can India’s education system escape the vicious cycle of inequality and discrimination?

Tea Workers in a Tough Spot

Milk for the Twins

The COVID-19 Impact on Waste Pickers in Delhi

Yes, It is That Time of the Month!

It is Raja Festival, Let’s Talk about Periods

COVID-19 Is Covering For Nature, Are We?

Feminism through Movies at the Raipur film festival

How Oxfam India Transformed Lives in 2019

Meet the Bravehearts Standing Up Against Domestic Violence

An Open Letter to Chhotu, Munna and Bachcha 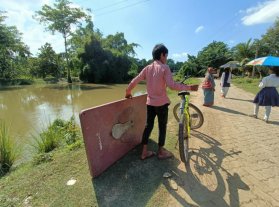 No humanitarian response should end with immediate relief. Rehabilitating communities is a long drawn process. We need your support. DONATE TODAY https://donate.oxfamindia.org/indiafloods... 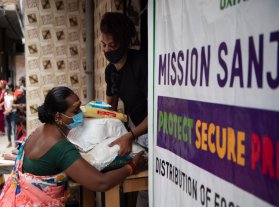 2021: Your Journey With Oxfam India 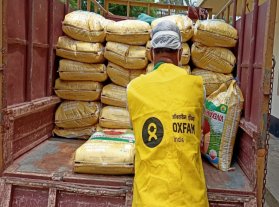 Clutching a bag in her hand, Munia Bibi clad in a pink and yellow saree, with the palloo firmly on her head, headed towards the primary school in her village on a Sunday morning. Ration k... 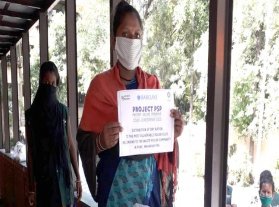 The SWaCH Story | How waste pickers continued work during lockdown

The announcement of the COVID-19 lockdown evoked a range of feelings from panic to anxiety, from  frustration to relief (at the possibility of working from home). What united most people,...