Oxfam India calls on the Government of India to actively enforce effective measures for the protection and right to equal wages and work for all women. The Government of India should also incentivise the participation of women in workforce including enhancements in pay, upskilling, job reservations and easy return-to-work options after maternity.

These findings are based on Government of India data on employment and labour from 2004-05 to 2019-20. The Oxfam India report refers to unit level data from 61st round National Sample Survey (NSS) data on employment-unemployment (2004-05), the Periodic Labour Force Survey (PLFS) in 2018-19 and 2019-20 and All India Debt and Investment Survey (AIDIS) by the Union Government.

“Discrimination in the labour market is when people with identical capabilities are treated differently because of their identity or social backgrounds. There have been very limited attempts made to measure the extent of discrimination and its impact on the lives of  marginalised communities in India so far. There have been even fewer attempts to quantify discrimination through rigorous research methods and credible data. Oxfam India conducted extensive analysis of government data from 2004 to 2020 to understand the inequality and discrimination when it comes to access to jobs, income, health and agricultural credits across the country. What the report finds is if a man and woman starts on an equal footing, the woman will be discriminated in the economic sphere where she will lag behind in regular/salaried, casual and self-employment. The inequality in the labour market for gender and other social categories, the report finds is not just due to poor access to education or work experience but because of discrimination”, said Amitabh Behar, CEO of Oxfam India.

The findings of the Oxfam report indicate discrimination as a driving factor behind low Women’s Labour Force Participation Rate (LFPR) in the country. As per the Union Ministry of Statistics & Programme Implementation (MoSPI), LFPR for women in India was only 25.1 percent in 2020-21 for urban and rural women. This is considerably lower than Brazil, Russia, China and South Africa as per the latest World Bank estimates. The LFPR for women in South Africa is 46 percent in 2021.

The LFPR for women in India has rapidly declined from 42.7 percent percent in 2004-05 to mere 25.1 percent in 2021 showing the withdrawal of women from the workforce despite rapid economic growth during the same period. In 2019-20, 60 percent of all males aged 15 years and more have regular salaried and self-employed jobs while 19 percent of all similarly aged females get regular and self- employment.

Professor Amitabh Kundu one of the authors of the India Discrimination Report said, “There have not been many attempts to quantify discrimination faced by marginalised communities across the country. We have used a statistical method called ‘decomposition’ to understand differential outcomes in employment, wages, health, and access to agricultural credit among various social groups. This has helped us to quantify discrimination faced by marginalised communities from 2004-05 to 2019-20. The findings of the report are unique and this will help the policy makers of the Union and state governments to design programmatic interventions that will tackle discrimination bring inclusivity in the labour, capital and endowment markets”.

Apart from women, historically oppressed communities such as Dalits and Adivasis along with religious minorities such as Muslims also continue to face discrimination in accessing jobs, livelihoods, and agricultural credit. The mean income for Scheduled Castes (SCs) or Scheduled Tribes (STs) persons in urban areas who are regular employed is INR 15,312 as against INR 20,346 for persons belonging to the General Category. This means the general category is earning 33 percent more than SCs or STs as per the report. The average earning of self-employed workers is INR 15878 for non-SCs or STs and INR 10533 for SCs or STs.

Self-employed non-SC/ST workers earn a third more than their SCs or STs counterparts. Caste also acts as a major barrier while accessing credit for agriculture despite many agricultural labourers being from SC or ST communities. STs and SCs receive less than a quarter of the credit shares that Forward Castes (FCs) receive, the report shows.

The lower employment for urban Muslims attributes 68.3 percent to discrimination in 2019-20. The report shows that the discrimination faced by Muslims in 2004-05 was 59.3 percent, indicating an increase in discrimination by 09 percent over the last 16 years.

“The fall-out of discrimination in our society is multi-faceted, not just social and moral but also economic leading to adverse consequences to society. Oxfam India is looking forward to the active engagement and dialogue among government and political parties, policymakers and civil societies, and all other stakeholders that are in pursuit of a just society and to collectively move towards the building of a discrimination-free India”, said Amitabh Behar.

Oxfam’s ‘India Discrimination Report 2022’ shows the COVID-19 pandemic has devasted lives and livelihoods of marginalised communities and calls for immediate relief measures for equal and inclusive pandemic recovery. Below are some brief recommendations from the report:

About Oxfam India | Oxfam India is a movement of people working to end discrimination and create a free and just society. We work to ensure that Adivasis, Dalits, Muslims, and women and girls have safe violence-free lives with freedom to speak their minds, equal opportunities to realize their rights, and a discrimination-free future. 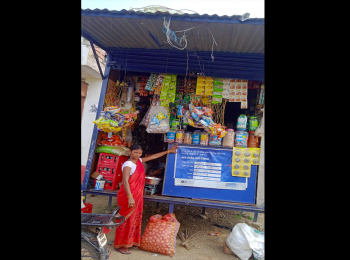 The HRDP team decided to support Mamta’s business endeavour with Conditional Cash Transfer; she received Rs 12,000 to renovate her stall. They not only provided her with financial support, they also gave her guidance on running a business. Mamta and her husband set up a grocery shop since the village did not have one.
Read More 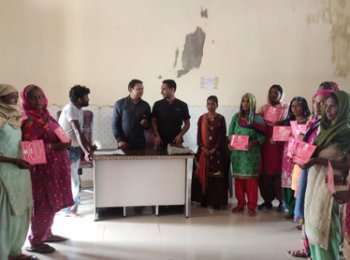 Due to the efforts of community mobilisation and advocacy, the women of Phulat village in Muzaffarnagar managed to get job cards for 35 women in the village. It wasn't easy and they went up to the block officials to get their long pending demands met. The next step is to get job cards for every woman and the 100 days of mandatory work under MGNREGA.
Read More 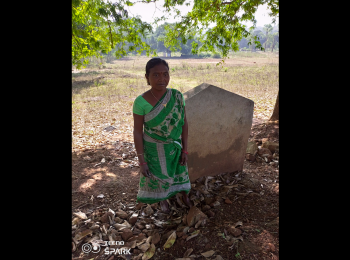 Bhanumati was determined to better her agriculture produce and her income. She didn't let the Persons with Disability tag affect her. The Women Farmer Producer Group formed in her village under the Oxfam India—Sita Devi Malhotra Charitable (SDMC) Trust project not only helped her immensely to improve her farming techniques and income but also to dream big for her future.
Read More 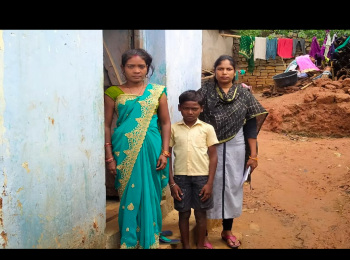